1.  Participants and Presenters with Birthdays

More details on the wines at Section 4.

3. Rigatoni Carbonara, prepared with a sauce of egg yolk, Italian bacon and a touch of cream sauce (384 kcal)

4. Wine Detail – all from Portugal, all from T.Wine 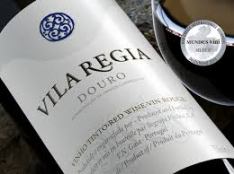 http://www.stevensgarnier.co.uk/ tells us: “A medium-bodied, fruity red from the Douro – home of Port wine. This is made from the same grapes as Port, but without fortification. The wine is soft in texture with a mature, peppery flavour. Highly recommended – it will change your mind about Portuguese wine.

Reviews: This DAO “Tinto” was a pleasant diversion from our usual assortment of red dinner wines. The Merchant Review has it about right highlighting the prominent oak and peppery aspects with soft round tannins. Think of a mild Zinfandel. An excellent choice with highly seasoned hand rubbed rare steaks. A good wine at a good price. Thumper in http://www.wineaccess.com  4/5

Producer Description: Is is a wine of great elegance and aromatic complexity. With its short aging in French oak barrels it presents great balance, which makes it an ideal wine for pairing with a wide range of dishes.

Review:  With plenty of weight, but weight that is concentrated around a tight, firm tannic core. The wine has great ripe plum and black cherry fruits, brimming from the glass. The acidity is a strong presence, and with the tannin promises several years’ aging. By Roger Voss ,  http://buyingguide.winemag.com/  Wine Enthusiast: 89 points. 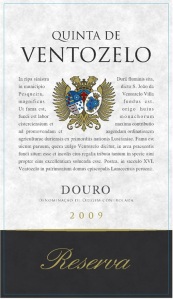 http://www.wineanorak.com/ informs:     “Lovely aromatic spicy nose with some wild black fruit and herb character. Hints of tar and violets—very typical for this grape. The palate is concentrated and spicy with a good depth of chewy, spicy fruit and nice structure. A big wine with lots going on but still well behaved. Good acidity and some elegance. Very good/excellent 92/10.”

4.a. Club del Vino opinion on the tasted wines (prepared by the the Club Secretary)

For a detailed report of the grades given to the wines by the Club Members, please click here.   The report that was prepared by the Club Secretary Ricardo Zavaleta will open in a new tab.

Information on the grapes on this tasting:

Touriga Nacional:  Considered to be the finest of the grapes that are used to create the substantial and long-lived fortified wines known as Port. Touriga Nacional has a thick skin and small clusters of berries which help to contribute to the colorful and tannic wine it creates. In addition to the flowers, tannins and extract the Touriga Nacional brings to the Port table, the grape is an integral part of the blends of still red wine found in both the Duoro and Dão valleys, producing wines that are heavy in both red fruits and structure. Yields are low, but recent clonal selection has improved production.   https://www.winegeeks.com/grapes/45

Tinta Roriz:   The Portuguese name for Tempranillo, which is used to make both still wines and port. This name is most commonly used in the Duoro valley of northwestern Portugal where Tempranillo is made into both dry red wine and also used in the recipes of many port houses.  https://www.winegeeks.com/grapes/48

Jaen:  A rustic and common grape found extensively in the central and western regions of Spain. Also found in the Dão region of Portugal, wines from the Jaen are often pale in color, have very low levels of acidity, and can be quite bland. Best suited as a blending varietal for lightening tannic reds. Thought to be a clone of the Spanish Mencía.  https://www.winegeeks.com/grapes/112

Alfrocheiro Preto: An important varietal in the production of reds from the Dão region of Portugal, Alfrocheiro Preto is an intriguing grape of misty origins. At one time thought to be a relative of Pinot Noir, today the birthplace of Alfrocheiro Preto is assumed to be Portugal, but the jury is still out. Also known as Tinta Bastardinha and Tinta Francesa, wines from this grape are noted for their velvety texture, intense spiciness and approachability when young. They also display inky depths of color and flavors of mint, flowers, black currants and fresh strawberries.   https://www.winegeeks.com/grapes/83

Tinta Barroca:  The most productive and easiest to grow of the different varietals that make up the recipe for the great fortified wines of Oporto in the Douro valley in Portugal. Tinta Barroca has a very thin and dark skin which allows it to impart color and alcohol to the port blend without adding too much in the way of tannins. This varietal is also used to make some non-fortified versions that can be elegant and aromatic, if always fruity. Also grown in South Africa for both fortified and dry versions. When grown in cooler climates or higher elevations Tinta Barroca can be quite aromatic and full of black cherries, black plums and purple flowers.   https://www.winegeeks.com/grapes/47

6. Regions of Production:   Dão and Douro

Dão is a Portuguese wine region situated in the Região Demarcada do Dão with the Dão-Lafões sub region of the Centro, Portugal. It is one of the oldest established wine regions in Portugal. Dão wine is produced in a mountainous region with a temperate climate, in the area of the Rio Mondegoand Dão rivers in the north central region of Portugal.[1] The region became a Denominação de Origem Controlada (DOC) appellation in 1990. The Dão region is the origin of the Touriga Nacional vine that is the principal component of Port wine.[2]

Climate and geography: The wine region is located primarily on a plateau that is sheltered on three sides by the granite mountain ranges of Serra da Estrela, Serra do Caramulo and Serra da Nave. This helps the area maintain its temperate climate away from the effects of the nearby Atlantic Ocean. The region experiences abundant rainfall in the winter months and long, warm dry summers leading up to harvest. The region’s vineyards are planted on sandywell-drained soil on top of granite rock.  http://en.wikipedia.org/wiki/Dão_DOC

Douro is a Portuguese wine region centered on the Douro River in the Trás-os-Montes e Alto Douro region. It is sometimes referred to as the Alto Douro (upper Douro), as it is located some distance

upstream from Porto, sheltered by mountain ranges from coastal influence. The region hasPortugal‘s highest wine classification as a Denominação de Origem Controlada (DOC). While the region is associated primarily with Port wineproduction, the Douro produces just as much table wine (non-fortified wines) as it does fortified wine. The non-fortified wines are typically referred to as “Douro wines”.

The style of wines produced in the Douro range from  light,  Bordeaux style claret to rich Burgundian style wines aged in new oak.[1]

Geography and Climate:  Douro wine region is situated around the Douro river valley and lower vallies of its tributaries  Varosa,  Corgo, Távora, Torto, and Pinhão. The region is sheltered from Atlantic winds by the Marão and Montemuro mountains and has a mediterranean climate, with hot and dry summers and cold winters.

It is usually subdivided into three subregions, from the west to the east:[6]

Terraced vineyards are very common in the Douro region. Vineyards dedicated to Port production are usually planted on schist while areas with granite-based soils are used for table wine production.

A large number of grape varieties are grown in the Douro region, most of them local Portuguese grapes. For a long time, the grape varieties grown in the Douro were not very well studied. Vineyards of mixed plantation were the norm, and most of the time, the vineyard owners didn’t know which grape varieties they were growing. A pioneering effort were made in the 1970s which identified Touriga Nacional, Tinta Roriz, Touriga Franca, Tinta Cão and Tinta Barroca as the prime dark-skinned grape varieties. Tinta Amarela and the teinturier Sousão has later come to be included among the varieties that attract the most interest.[3] This work was important for creating the new wave of top Douro wines and has also led to a greater focus on the grape varieties that go into Port wine. Most top quintas now replant with single-variety vineyards and focus on a limited number of varieties, but older, mixed vineyards will remain in production for many decades to come.