The CV was born in April  2001 in Washington DC when a small group of friends who shared their love for wine and food decided to start meeting periodically to taste wines and pairing them with food. Initially  there were  five members. The first meeting took place on April 4, 2004 at the  Cafe Oggi in McLean, Virginia that hosted the CV as its first home.

The founder Juan Luis Colaiacovo a native from Argentina, has a passion for wine and had been involved in various capacites with the wine industry.   He led the club for the initial twelve years of operation and brought it to its present shape and philosophy.

The idea was to explore the world of wine and the pairing of wines and food.   Since then the CV has evolved into a more structured organization and has focused on higher quality wines and food pairing after those many years of collective learning and exploration.  The Club meets according to a pre agreed tastings program.  Membership to the club is by invitation and its composition is quite diverse owing to the fact that most members come from international organizations represented or based in the Washington D.C. area. 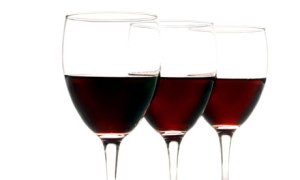