Madeira: One robust tipple – The wine that defies time

The Founding Founders lifted a glass of Madeira to toast the Declaration of Independence.

“Madeira played an important part” in early U.S. history, said Dave McIntyre in The Washington Post. Named for a Portuguese archipelago, this sweet fortified wine served as ballast for many early trans-Atlantic voyages, and the Founding Founders lifted it to toast the Declaration of Independence. Madeira is famed for its “indestructibility.” Cooked at 115 degrees when young, it lasts indefinitely after it’s opened.

1996 Broadbent Madeira Colheita ($50). This aged Madeira is “gorgeous and sweet,” with hints of orange peel and toasted hazelnut.

Madeira: The wine that defies time

To keep their wines from spoiling, Portugese farmers added a little brandy to the barrel.

There’s a good reason that Madeira is nearly synonymous with old-fashioned reliability, said Elin McCoy in Bloomberg.com. Portuguese farmers have been tilling “steep mountain vineyards on the eponymous volcanic island” off Africa’s coast since the 1700s.

To keep their wines from spoiling during long ocean deliveries to Europe or the Americas, they “fortified” them, dosing each batch with brandy during fermentation. The result was a virtually “indestructible” beverage that could keep seemingly forever.  For a splurge, here are three bottles that prove Madeira can still taste exquisite decades—even centuries—later. You can find a dealer through Wine-searcher.com. 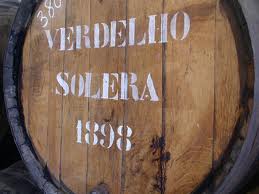 1825 Leacock Seco ($450)
This Madeira starts with a nose of hazelnuts and reveals layers of tangy candied fruit.

1922 D’Oliveira Bual ($350)
This powerful Madeira has sweet notes that taste like “essence of fruitcake.”

Information Technology, Management, Project Management and Public Administration are areas I am familiar with. I am also interested in photography, wine, sailing, politics, economics, and economic development.
View all posts by Cecilio Augusto Berndsen →
This entry was posted in Magazines and Books wine related, Wine - Vino - Vinho. Bookmark the permalink.